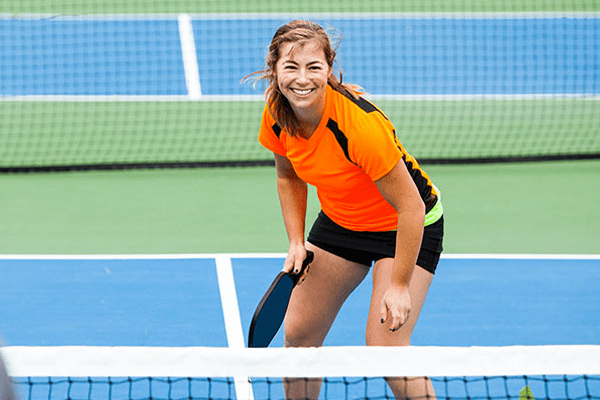 Since its introduction in the mid-1960s, Pickleball has been growing swiftly in popularity across the world. Fusing fun elements of tennis, badminton, and ping-pong, it has now become an exceptionally addictive sport that is great for everyone. It can be played both indoors or outdoors on a pickleball court with paddles. The game, just like tennis, can also be played either singles or doubles.

Rules are pretty basic for anyone who would like to play the game and many people become passionate about it after playing a few times. Since the court is smaller and the ball is relatively lighter, those who like low impact exercises also become instant enthusiasts. So, if you are looking for a social and physical activity with your friends or loved ones, it’s time to spend time trying this quickly-rising sport.

How Pickleball Was Born

Pickleball was created by Joel Pritchard, McCallum Barney and Bill Bell on Bainbridge Island in the year 1965. These men were looking to play badminton but couldn’t locate the equipment. So, they had to improvise by using ping pong paddles and a wiffle ball instead. Sheer resourcefulness brought birth to this relatively new sport!

How PickleBall Got Its Name

This sport has a fun name, especially because we are not tossing any pickles here.  It is said that the wife of Joel referred to the game as pickleball since it combined various sports which were reminiscent of a crew’s pickle boat– a selection of oarsmen from other boat’s leftovers. However, according to Barney McCallum, the sport got its name from Pritchards’ dog named Pickles, who liked to chase the ball and run off with it.

What You Need to Play Pickleball

Pickleball doesn’t require a lot of equipment. Here’s a list of what you need to start enjoying this sports craze.

All over the world today, you’ll find that pickleball courts are becoming popular, scattered in more than 4500 locations worldwide. However, if you do not have any public court around the area, you can make your pickleball court by buying portable pickleball nets. You can quickly turn any flat surface like your backyard or driveway into a court. The court has a dimension of 20 inches by 44 inches. It has a height of 36” at its edge while its center is about 34” high.

You will need to have a paddle to play Pickleball. If you wish to get something cheap, there are many places to find pickleball paddles online. Paddles made of wood are good, but it’s advised that you go for composite paddles for beginners which will boost your performance and stamina while you improve your ability. Remember the right paddle very important if you wish to have a good head start in the sport.

To efficiently play indoor or outdoor pickleball, different ball types exist. Although they could be similar when it comes to size and weight, the balls mostly differ in how big or small the holes are and how thick the plastic is. These features influence the bouncy nature and the durability of the balls. Generally, those that are used for outdoor pickleball are thicker, heavier and come with smaller holes. Indoor balls, on the other hand, are lighter and thinner with larger holes.

Now, let’s get through the rules. Basically, the goal is for the players, whether it is singles or doubles match, to hit the ball over the net so that the opponents are unable to return it. This action earns them a point. Even if pickleball is mostly played on courts, pickleball rules are very similar to those used for table tennis and even badminton.

The game of pickleball starts with service from one side. For a service to be appropriate, the serving player must place a foot at the back of the pickleball backline and then use an underhand swing to hit the ball. The server is to aim for the service court which is situated over the net.

According to pickleball rules, service must begin from the right-hand side of the court, and the number of faults allowed is one. In a pickleball game of doubles, only one service each is allowed for both players. After that, the opponent will receive service turns.

Before you get to hit the pickleball with your paddle, the pickleball must always bounce first. This action should be allowed to happen, at least, once from the game’s beginning. Once this is done, the players are at liberty to do things such as volleying the ball or not letting the ball bounce before hitting it as long as they aren’t in the “no volley zone” which is about 7 ft from the net.

To score a point in Pickleball, you must be the serving player or team, and the opponent must not be able to return your hit. The duration of a pickleball game goes on until a team or a player scores up to 11 points. For a winner to emerge, a two-point margin must exist.

This section of pickleball basics highlights pickleball faults. These faults when committed while playing pickleball will result in a single or doubles team losing a point. The errors are as follows:

With these pickleball basics, it should be easy getting your friends to play pickleball with you. There is a very high possibility that they, too, will develop a liking for the game and will come to love it. The rising number of pickleball courts, as well as leagues and tournaments, are proof that more and more people are beginning to get bitten by Pickleball bug.